So, Bobby, I listened to KISS, MYfm, and KOST in LA yesterday to see how they were handling the World Series. 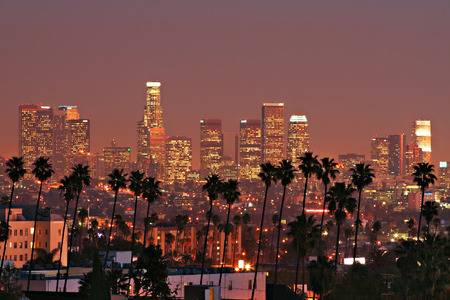 Ryan Seacrest on KISS only mentioned the Dodgers when he was promoting the fact that KIIS was giving away tickets to all the home games. Every time he brought it up though he mentioned that they got the tickets from their AM sister station (KLAC) that was carrying the games so it must be a cross promotion.

I like the traffic on KIIS much more than on the rest of the I Heart stations in LA even though Ginger couldn’t make it in Boston. She doesn’t have a lot of character but at least she’s understandable. The news department, however, seemed to be the only on-air people into the World Series.

Speaking of Ryan Seacrest, Matty at KISS in Boston made a snide remark this morning about the fact that they were forced to carry Seacrest’s syndicated show on KISS.
When we were in Boston together Bob, Matty was just a kid, now he sounds like a grumpy uncle, but he still can make me laugh.

Over on MYfm or maybe just down the hall, Valentine, outside of also giving away World Series tickets only mentioned the World Series once. He said that he was doing a promotion with John Mayer that night and he was thinking of giving John a short introduction and then quickly shuffling off the stage to find a TV where he could watch the game. Although one of their questions during their “Battle Of The Sexes” was about the Red Sox but not the Dodgers.

As usual, their traffic was done much too quickly and very hard to understand and their stop sets went on forever. Overall, I’m thinking that if the Dodgers weren’t in the World Series, there would be nothing about LA at all on MYfm.

Ellen K on KOST, other than also giving away World Series tickets never mentioned anything about LA. I’m beginning to think that I Heart has one pair of tickets to give away and those who are qualifying to win them on the various I heart stations are all going in one giant hat.
I love Ellen’s voice but she also has traffic on her show that goes away too fast and also long commercial breaks.

As Sheryl Crow once said, Bobby, “This ain’t no disco.” But what I heard ain’t no LA either. What are you hearing?

George, I bounced around yesterday, the series thing was so low key, I missed it completely. I did hear it this morning on Valentine. He said, “I have to do some “housekeeping”, did the ticket giveaway promo live, then jumped into Halloween.

I don’t think music stations should turn into sports stations, but the World Series is front page news in the LA Times. The LA TV stations are all over it, so why ignore it?

I talked to a TV News VP yesterday. I asked him what he would do if he was the News Director of a radio cluster with News, Sports and Music stations involved in the World Series. Here’s what he said he’d do:

The play by play guys would be available to the morning shows on the music stations to talk about the games. They’re the experts.

Create a daily “cheat sheet” on the series. Facts the jocks could use as they wished.

ie: Dodgers manager Dave Roberts and Red Sox manager Alex Cora were teammates on the Dodgers and are good friends. Facts with human interest appeal beyond the games..

Young Dodger Cody Bellinger, went into the Green Monster scoreboard on Monday at Fenway. Generations of ballplayers have signed the bare concrete walls. He was looking for his Dad’s (Clay Bellinger) signature, he found it and signed his name under his father’s.

Keep everybody on the same page, every day.

Have audio available, raw and produced, for the use of the music stations

Make sure the traffic people are focused on Dodger Stadium Friday afternoon. It will be a nightmare. 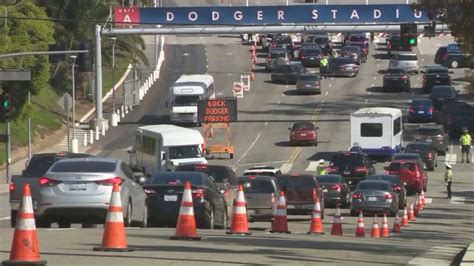 Great advice. Geo, he’s been through this during his radio days, so he knows what he’s talking about.

It doesn’t make any difference what the format is, your job is to reflect your audience and your market. Do your job!

It’s amazing to me Bob how local the Boston radio stations are and how un-local the LA stations are. Hell, LA is the movie capital of the world and they don’t even talk about movies.

In Boston, except for WKLB, they are so local you don’t know what they’re talking about unless you live there. I know for sure that you could never syndicate Matty or Loren.

Another thing that surprised me while listening to Boston radio was that they still call it the Loren & Wally show on WROR even though Wally’s been gone for a couple of years now. Loren is surrounded by some young sidekicks so the folks must think one of the voices is Wally. Although I did hear Wally’s voice on a couple of old produced bits like “Men From Maine.”

Loren reminds me of Bill Gardner because, in his early days in Boston working for Fairbanks Broadcasting, local, local, local, was pounded into him so often that I don’t think Loren would know how to do a show that wasn’t local.

In Dallas on KVIL, I forced local on the air by having a thing called the Daily Sheet which was filled with local activities. The Daily sheet was on the log and you had to do something from it three times an hour and then sign that you did them. The Jox hated it Bill later told me that when he went to work in other markets, they didn’t have a Daily Sheet so he did his own because he could no longer do a show without it.

Can you imagine Loren and Matty in LA doing what they do except of course talkin’ smack about So-Cal Bob? How huge would they be, do you suppose?

You know George, there are so many opportunities to genuinely connect with the listener and most radio talent just blows it off hour after hour, day after day. It’s so easy to do and it builds big numbers. Local thinking and reflection is so ingrained into successful talent like Matty and Loren, they don’t even have to think about it anymore. It’s a big part of what makes them winners year after year. Good lesson for young talent.

One last thing, if the KOST Brand manager (damn I hate term) didn’t hand the Cody Bellinger story to Ellen K and say, “Ellen this is perfect for you” they aren’t doing their job. If Ellen did that story on the air, the hundreds of thousands of parents (like her) who listen to her on KOST every morning would all be saying, “Wow!”